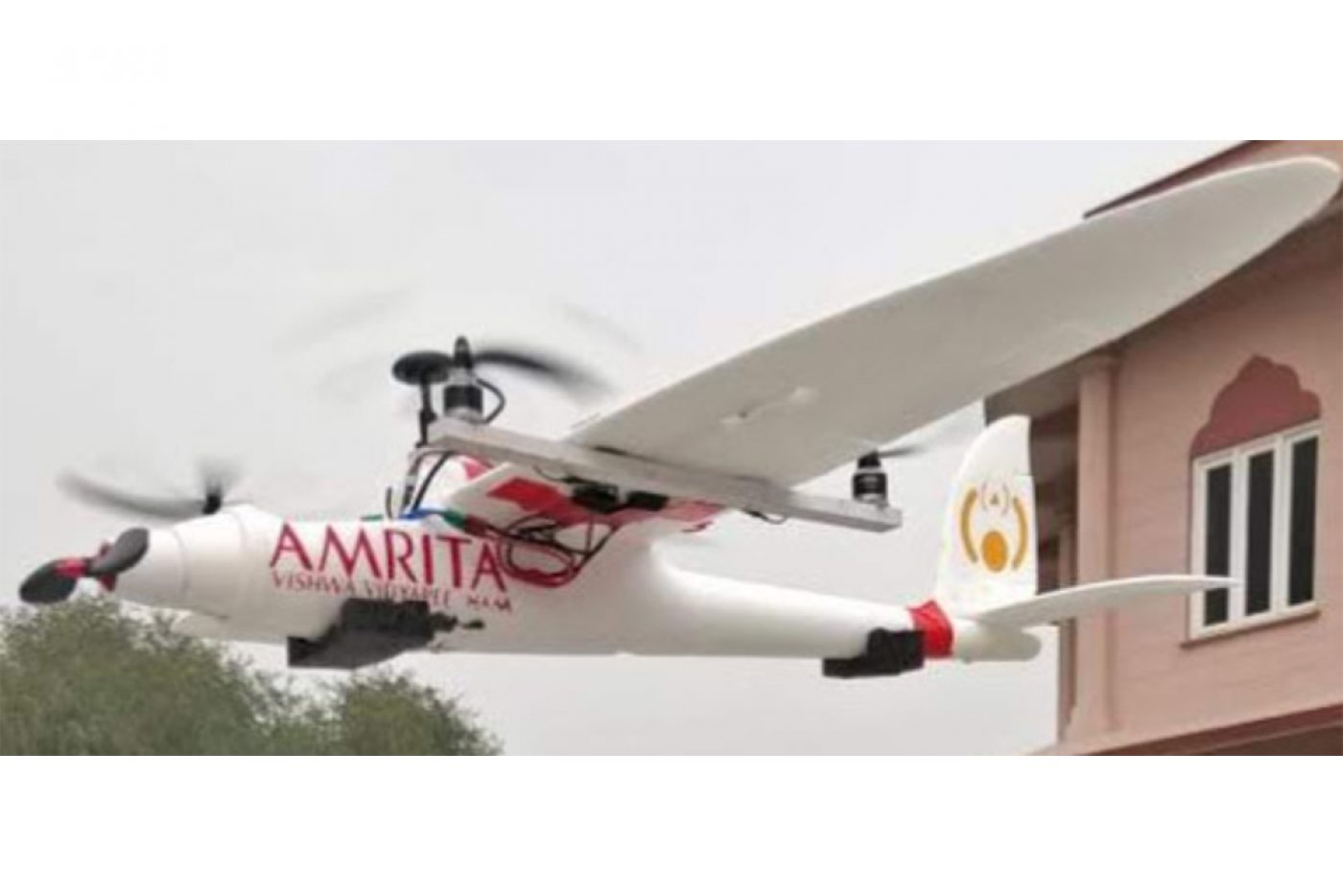 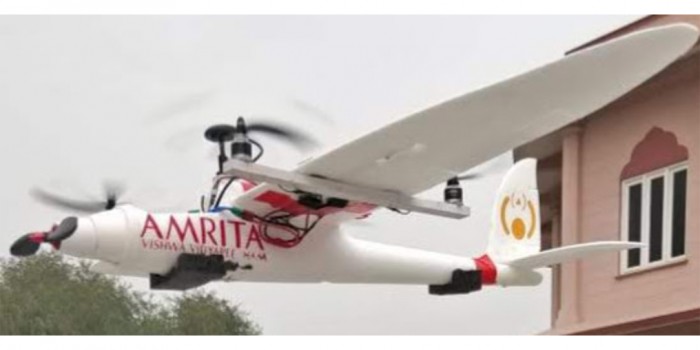 Addressing the pressing need for a medical payload dropping solution deployable during disasters like the Kerala floods and the Uttarakhand flash floods that paralysed our nation and its people, Amrita University researchers have embarked on a targeted payload delivery system carried on a multirotor vertical take off and landing UAV. This project seeks to draw from the disaster response expertise of the State Disaster Management Authority coupled with aerial robotics engineers at Amrita University to deliver a scalable, effective and indigenious solution. The team has so far developed and tested over different UAV variants for carrying various payload sizes and of diverse configurations for endurance of flight.
Our primary work in this project was to design and prototype a RC fixed wing plane and manually fly it and tests its various parameters. The model structure was that of a conventional airplane. Next iteration involved the inclusion of a payload dock and a flyby drop. We tried two different models, one with a hanging payload and one with belly payload. The hanging load created more drag and disturbances compared to belly load.
The initial prototyping was done using balsa sheets, corrugated sheet or coroplast sheets and Styrofoam. Three different RC planes were built and tested for various flight parameters. The planes were very light and the manufacturing process was fairly simple but these structures lacked strength and endurance. The payload capacity was also limited to 200 to 300 g.
To further enhance the functionality of the plane we upgraded the already in use flight controller. The then used controller, CC3D had very limited functionality such as manual mode and attitude and rate stabilization. Even though CC3D had a port for GPS connectivity, it did not support latest GPS hardware.
The next iteration involved the inclusion of Ardupilot 2.4 as the flight controller. Ardupiot is an advanced controller and has a lot of features such as GPS navigation, GPS position hold, RTL, failsafe. The controller was installed in two fixed wing planes and was initially tested for various flight modes such as manual, stabilize and auto. Auto mode involved flying through a pre programmed gps path. The drone did the routine flights with high levels of accuracy. Next level of testing involved autonomous flying with gps payload drop. The payload was attached as a hanging load and the drop mechanism was triggered by a servo motor. Multiple tests were conducted with various payloads and different drop points. The best performance for the drone both in flight and drop was for a payload of 200g.
Next iteration was the Inclusion of PIXHAWK flight controller. PIXHAWK is an advanced flight control module with a lot of highly superior features compared to Ardupilot. Apart from giving flight autonomy and various flight modes for the fixed wing plane, it also addressed the vertical takeoff and landing maneuver . To achieve this, the fixed wings were converted into a hybrid drone model called ‘Quad Plane’. Quad plane is a fixed wing plane with quadrotor frame attached to its body or wings. It has vertical takeoff and landing capabilities and it can also hover at a given location. PIXHAWK had the control algorithm that made this maneuvering possible.
We designed and built five quad planes from different materials that can perform autonomous mission with gps static payload drop. Two quad plane had a hanging payload and the other three had payload bay.
Multiple tests involving autonomous flight routines and gps based payload drop were performed for the quad plane drones with various payload factors. Flight performance such as cruise and transition was measured.
To further enhance this prototype carbon fiber lamination of the wings and fuselage was done. This increased the strength and stiffness to a very large extent by maintaining its original weight and flight characteristics.