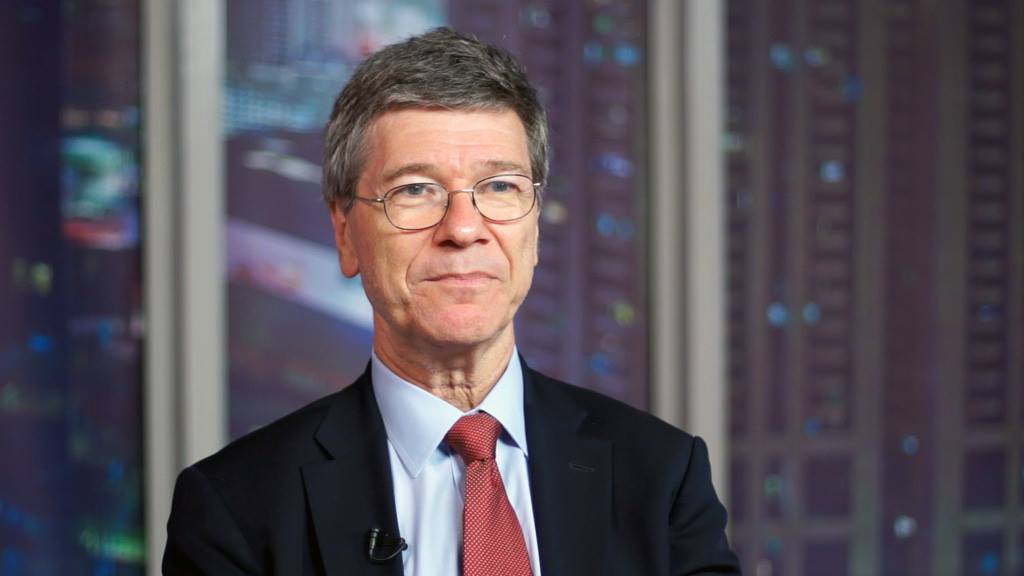 February 17, 2018
It was a special day for the women’s groups and the entire community at Kanti village #Haryana because Jeffrey Sachs & the #UNSDSN team made an exclusive visit hosted by AMMACHI Labs and Amrita Vishwa Vidyapeetham. Prof. Jeffrey Sachs is an American economist and director of The Earth Institute at Columbia University. He is well known as one of the world’s leading experts on economic development and the fight against poverty.

He toured the village and learned about our skill development programs which have trained more than 50 women in toilet building, tailoring, computer & #lifeskills in Kanti. He also saw an overview of the wider #MAMath programs from Amrita SeRVe and AmritaCreate.

Around 2500 residents live in Kanti village and many did not have access to clean water, proper sanitation and decent roads until the #MAMath began development work in 2015. Jeff Sachs was pleased to hear about some of the sucesses due to Amrita’s many interventions and those specifically carried out by AMMACHI Labs such as:

Jeffrey Sachs also participated in several meetings with the SHG members, listening to their success stories and how they have been able to overcome personal, family, and community development challenges. One was an interactive discussion with the women’s groups, toilet building team and health workers where he spent time learning about the specific issues and understanding the impact of the project. Another meeting was with with tailoring students, and school age children and students who attend tuition classes and the school. This team presented their observations and findings from the Ideal Village exercise and their plan for next five years. He also leaned about our games for community development and participated in a demo.

Overall, he enjoyed interacting with the #sanitation champions and change makers who are working hard to transform the village. Because of all these initiatives, several success stories have emerged of women stepping into their power and making a change. Prof. Sachs commented positively about AMMACHI Labs’ pioneering work. In 2016, he was a plenary speaker at the RAHA 2016 conference at Amrita Vishwa Vidyapeetham. We sure hope to have Jeffrey Sachs and team back at Amrita very soon!