Mata Amritanandamayi, known around the world as Amma, is a renowned humanitarian leader and spiritual teacher, and is the guiding light in all of the work that we do. Amma’s concept of education, stress on research and commitment to instilling universal values have come together to shape Amrita Vishwa Vidyapeetham into an institution where the latest advancements and discoveries combine with compassion and service-mindedness. As Mata Amritanandamayi said in 2010 when the State University of New York honored her with an honorary Doctorate in Humane Letters: “It is Amma’s prayer that we develop the expansive-mindedness to embrace both scientific knowledge and spiritual wisdom. We can no longer afford to see these two streams of knowledge as flowing in opposite directions. In truth, they complement one another. If we merge these streams, we will find that we are able to create a mighty river—a river whose waters can remove suffering and spread life to all of humanity.” 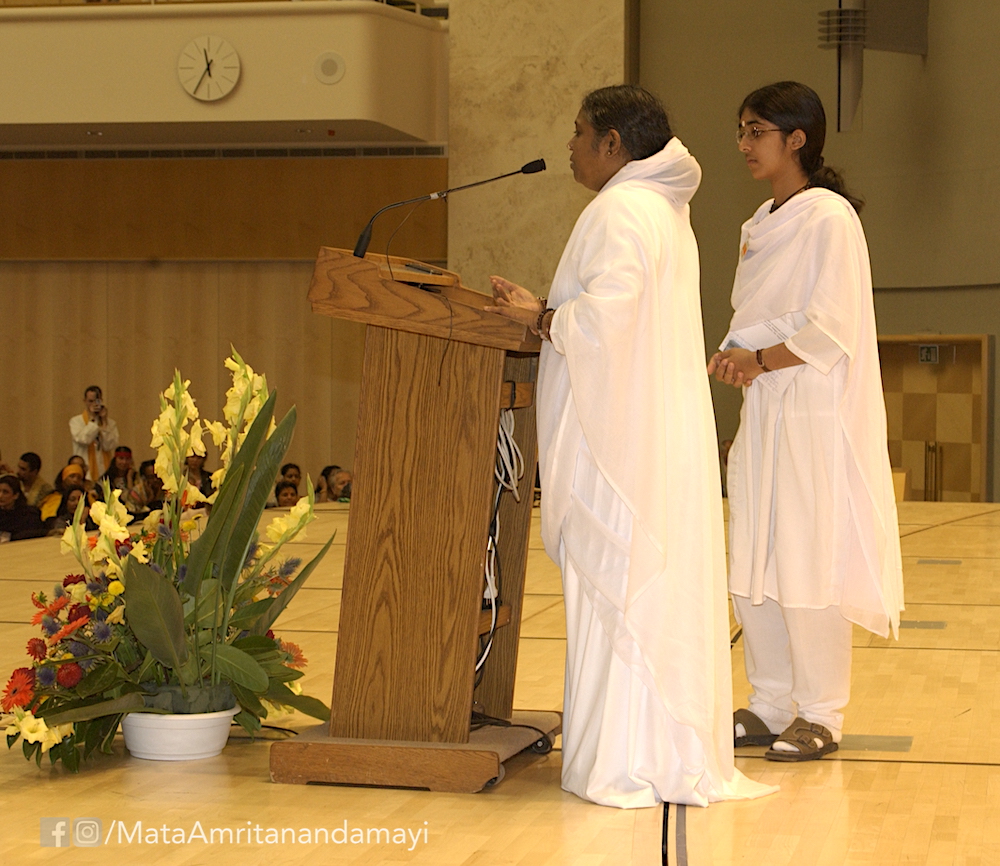 AmritaSREE includes 13,000+ self-help groups (SHGs) in India and has more than 2 lakh members. Most of the SHG women are from villages and other isolated rural areas. Amma began AmritaSREE in 2005 in the wake of the Indian Ocean Tsunami, after which families that depended upon fishing were completely devastated. Amma’s firm resolve is to empower rural women to independently earn a living via professions not reliant upon increasingly unpredictable weather patterns, especially fishing and farming.

Inspired by Chancellor Amma, our vision is: "to strengthen the economic fiber and contribute to social stability of the nation by empowering India’s masses in a sustainable, cost-effective and scalable way by providing innovative technological solutions and resources for physical, vocational and social skill development.