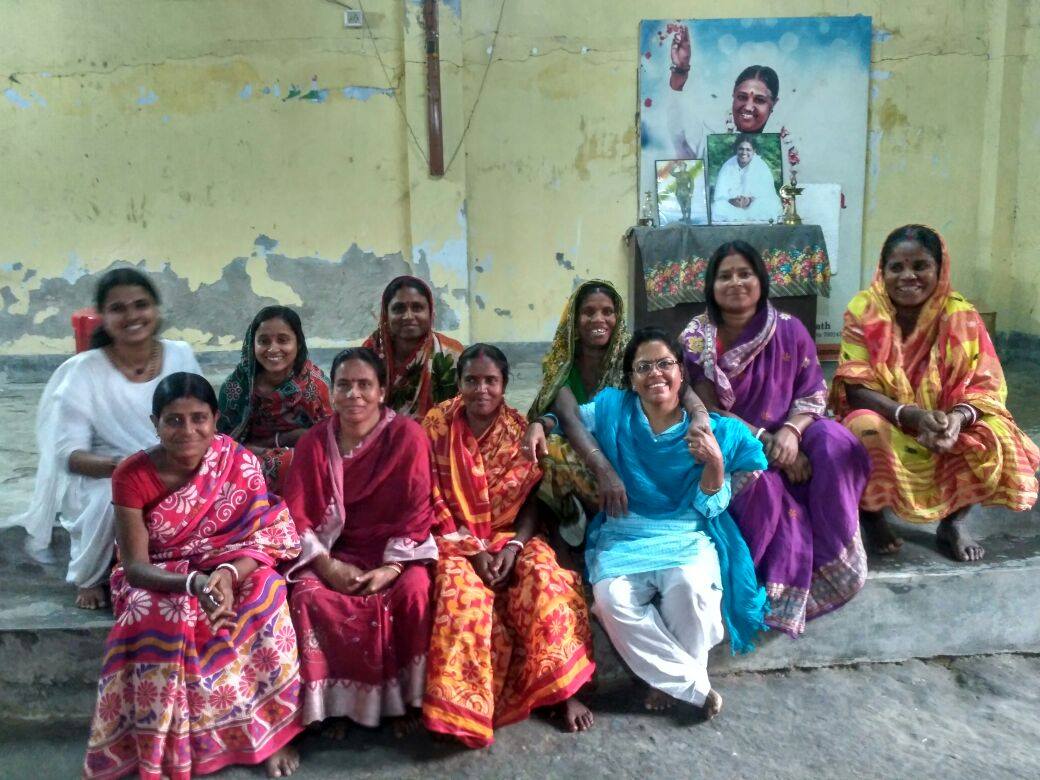 In bringing social transformation at Kalinagar village West Bengal, through community engagement, we conducted a mass awareness program yesterday with 50 women in attendance. They were mostly #SHG members & change agents, they were initially apprised of their role as change models. Later on, our team shared success stories of women from other villages.

After initial inspiration, next we showed them a video with social message and then the floor was open for anyone to come and speak about it. We could see women leaders emerging.Having thus created a fertile ground for interactions, we asked them to name 4-5 most pressing problems. They were grouped into 4 groups and each group had to choose one problem and suggest any solutions they could possibly imagine.What followed was a good presentation, we formed 4 task groups (with a leader and a second in command with 8 to 10 members), for solving drinking water problem, road building, perusing for 100% ODF, pension issue. These groups will now work with our Community Organizer in putting efforts to solve issues they took up, thus building community ownership.
#sanichampion #womenempowerment, #ODFree
#WECSDP #GenCen