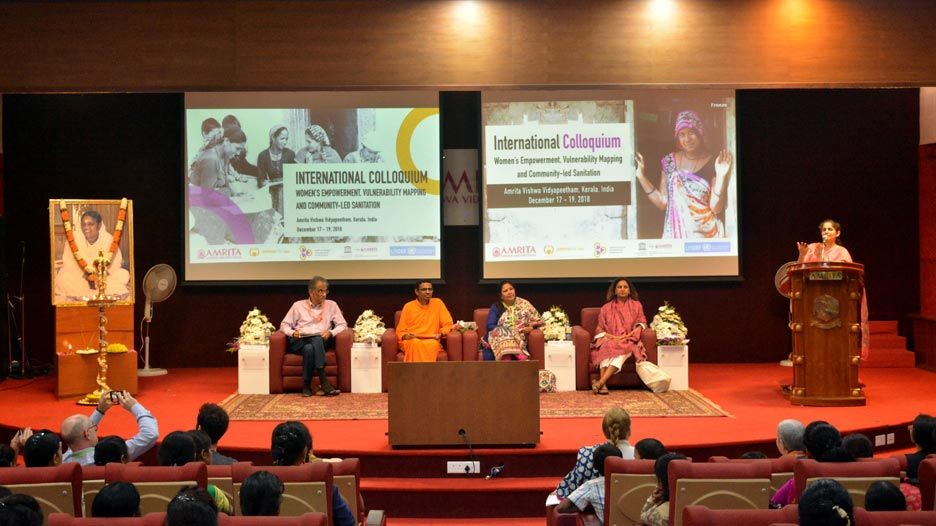 Amrita’s UNESCO Chair in Women’s Empowerment & Gender Equality hosted its first international colloquium from December 17-19, 2018, at Amrita Vishwa Vidyapeetham, Amritapuri Campus, Kerala. It was the first such colloquium in India and academics from all over the world including international delegates, experts, professors, policymakers, representatives from UN partner organisations, technocrats and researchers attended the event. The colloquium opened up spirited discussions around the latest issues pertaining to the empowerment of women and sustainable development.

In addition to international delegates, more than 90 women from 21 villages across 18 states of India joined the discussions and celebrated the successful completion of a joint-project by Amrita and the UN Democracy Fund(UNDEF) called “Women’s Empowerment: Community Sanitation Through Democratic Participation.”

Education
Healthcare & Sanitation
Safety& Security
Economics & Livelihood
Socio-Political Environment & Legal Issues
Disasters & Climate Change
There were roundtable discussions, invited paper presentations, and workshops that highlighted these topics.“The colloquium provided a shared platform for experts from international NGOs, GOI officials, high level judges and research scholars from around the world, along with women from the grassroots level, to share their knowledge about key issues in women’s empowerment and vulnerabilities,” said Prof. Bhavani Rao, the Amrita UNESCO Chair holder. “It was inspiring to see so many women from every strata of the society come together in this remarkable event and become a unified voice to further women’s empowerment.”

The team from the Centre for Women’s Empowerment and Gender Equality presented research deliverables of the UNESCO Chair and unveiled the AWESOME Framework (Amrita Women Empowerment Systems Oriented Methodology.) Dr. Tarek Rashed, Visiting Professor along with Prof. Gayathri Manikutty and team introduced AWESOME as a graphical framework for capturing the state of women’s empowerment in a given geographical region at a given point in time, via an “as-is system map.” This system map captures the interactions between six dimensions of vulnerability: Personal & Community Safety and Security, Economics and Livelihood, Education and Skill Development, Social and Cultural Environment, Climate Change & Disaster and Health & Sanitation, that are at play in the given location.

By simulating interventions using GIS tools and studying the effects of interventions on the system, the framework will act as a decision support system for intervention design that moves the system towards a desired state of women’s empowerment. In her keynote speech, Dr. Deepa Narayan spoke about the importance of women speaking up. “Voice is one of the most powerful things that we have. And yet women are told to speak softly, or not to speak at all. Reclaiming voice is important because without voice one is not really human and there can’t be any empowerment.”

At the Capstone event for the UNDEF Project, representatives of women’s advocacy self-help groups from project villages presented their findings on key issues in their communities and took part in a discussion on policy formation. “Before this, many of these women had never ventured outside of their small communities, interacted with government officials or made efforts to improve the situation in their village,” said Prof. Bhavani.

The UNDEF project offered intensive training programmes on women’s health, clean water and sanitation topics, community development, financial literacy, self-confidence and more. Participants were supported in conducting community action events, initiating meetings with local government offices and ensuring community-led total sanitation. “With empowerment and education gained from the Amrita-UNDEF project, these women had successfully led discussions and shared their perspectives on how policy could reflect their daily life issues better,’’ said Prof. Bhavani. “Their discussions will form the foundation of an upcoming policy brief, to be submitted through proper channels to the Central Government,” she added.

A beautiful moment occurred during the Capstone Event when Bhag Jogan Debi, from Hadiabad, Bihar, spontaneously ascended the stage and made her way to the podium to share her gratitude with the audience gathered. “We are thankful to Amma and Prof. Bhavani for the knowledge shared, support given and trust bestowed upon us. In our language, when thoughts are pure, actions automatically become good–– and when your actions are good, your children automatically become better people. This project has planted seeds for a better future for our community,” she said with heartfelt gratitude and enthusiasm. Bhag Jogan Debi is one among the 300 “Champions of Change” and 5,000 “Change Agents” from the UNDEF Project.

Together, these women have conducted more than 700 community-action events with nearly 28,000 participants from their villages and surrounding areas. “The most remarkable thing is that these women have initiated close to 400 formal meetings with local and state-level government offices to seek advice and assistance in launching useful schemes. They’ve even submitted RTI requests and filed grievances for improving village infrastructure and securing their rights,” observed Prof. Bhavani.

Another highlight of the colloquium was the release of a scoping study between Amrita Vishwa Vidyapeetham, the University of the Witwatersrand and NORRAG titled, “Revisiting the Promise of ICT for Skill Development in the Construction Industry among the Subsistent Informal Sector in South Africa and India”. The study explores pathways for skill development and the use of ICT in improving access to skill development among informal workers in the construction industry, with a specific focus on women. This study further validates Amrita’s approach to skill development using ICT and focusing on the most marginalized populations.

India’s first ever Chair in Gender Equality & Women’s Empowerment was inaugurated by Amrita Vishwa Vidyapeetham in association with UNESCO in the fall of 2016. The UNESCO Chair aims to further the goals of the Amrita Centre for Women’s Empowerment and Gender Equality, Amrita Vishwa Vidyapeetham, and promote international, inter-university cooperation and networking to enhance institutional capacities and collaborative work. In the coming years, the UNESCO Chair seeks to impact the individual, community and greater society through research, implementation and education.

The UNESCO Chair’s activities and research are based on the vision of Amrita Vishwa Vidyapeetham’s chancellor, spiritual leader and humanitarian, Sri Mata Amritanandamayi Devi who observed that “Like the two wings of a bird, women and men are of equal value. For without the two in perfect balance, humanity cannot progress”. The event turned out to be agrand success and the knowledge gathered from the research and activities of the UNESCO Chair and the UNDEF Project would be used to create a Policy Brief for stakeholders and government agencies. 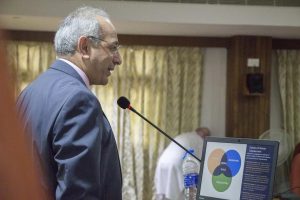 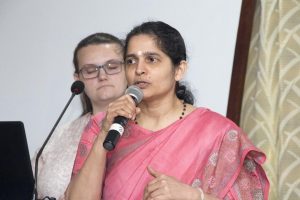 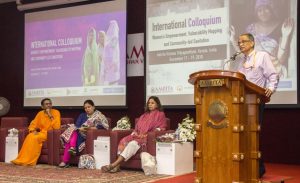 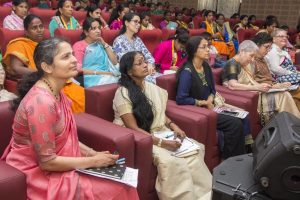 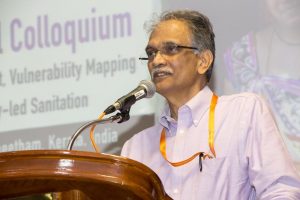 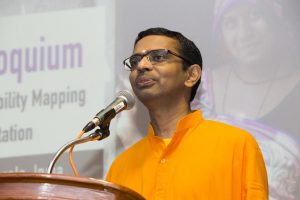 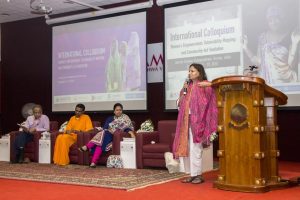 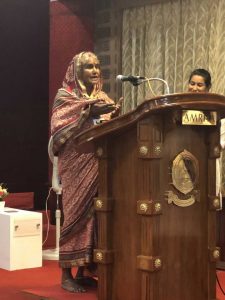 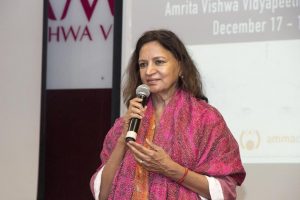 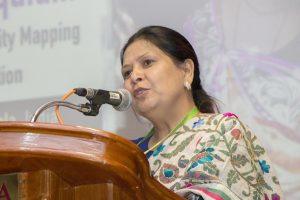 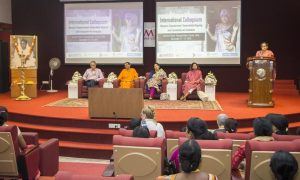 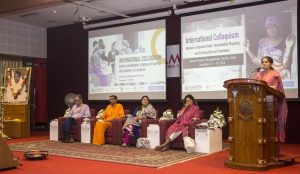 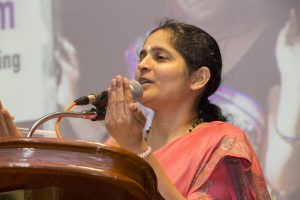 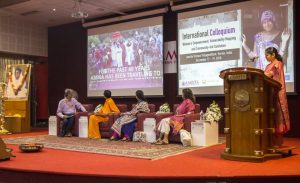 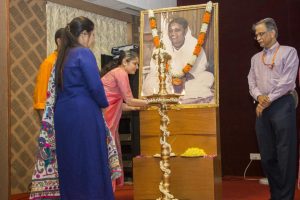 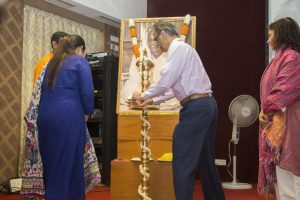 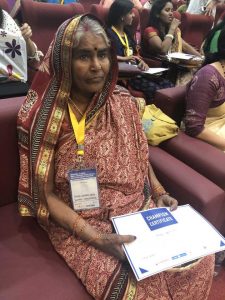 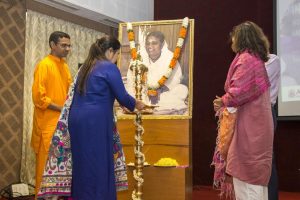 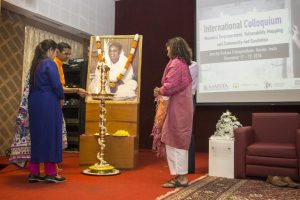 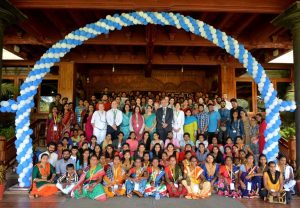 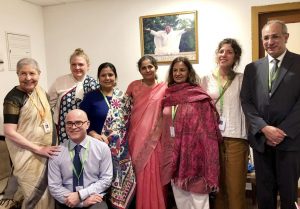 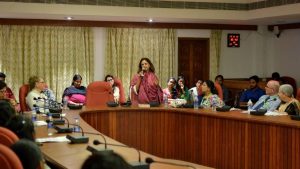 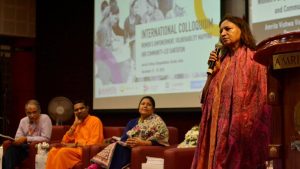 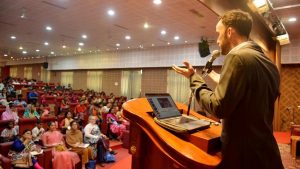 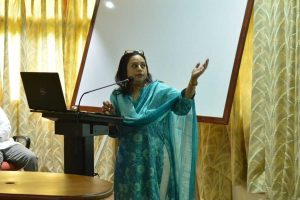 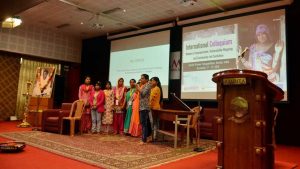 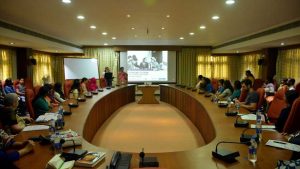 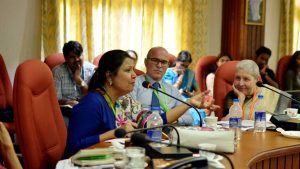 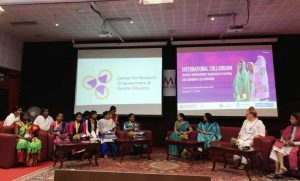