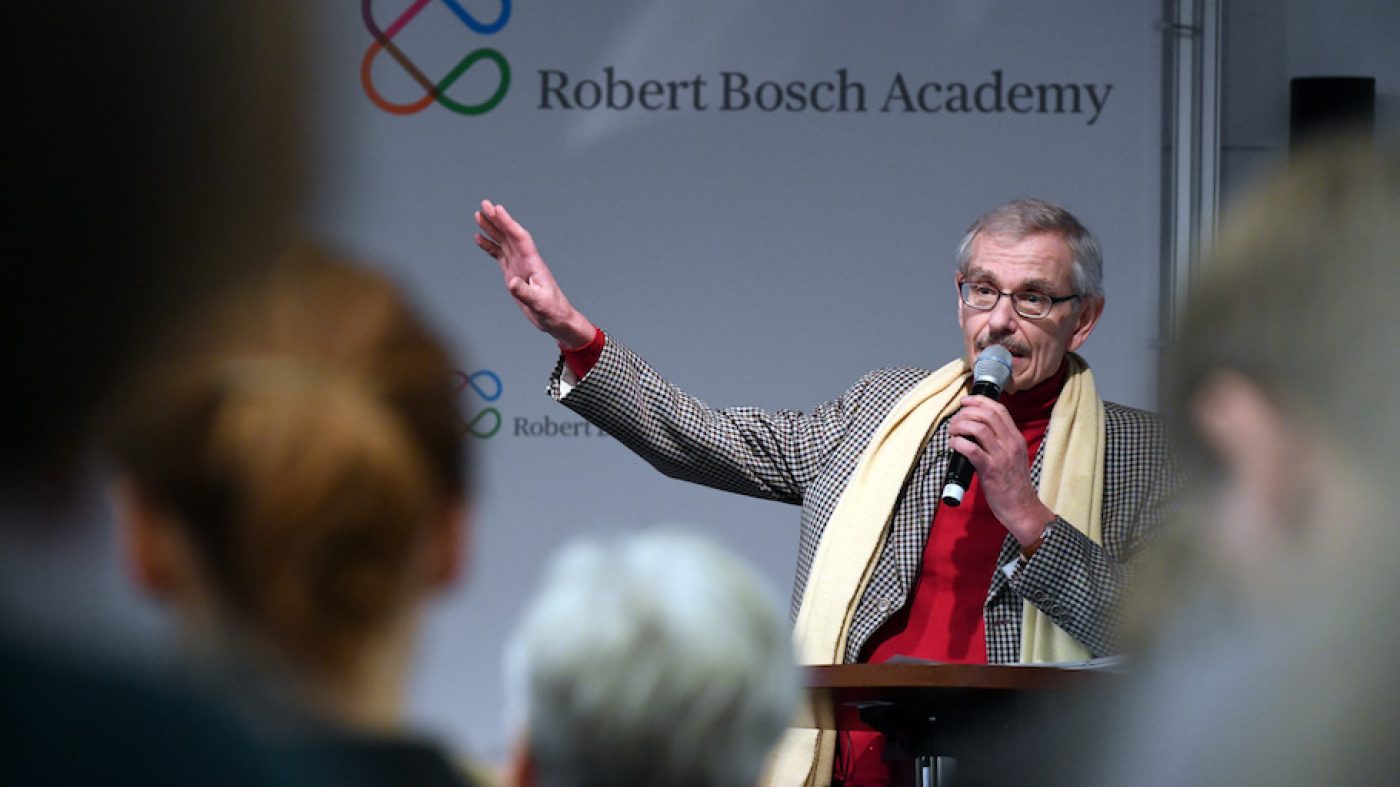 Dr. Michel Carton, Senior Advisor at NORRAG Graduate Institute in Geneva, Switzerland, shares his sentiments about his collaborations with AMMACHI Labs over the last two years with the research study: “Revisiting the promise of ICT for skill development in the construction industry among the subsistent informal sector in South Africa and India: a scoping study.”

It has been a bit more than a year ago that I had the joy and honour of meeting you Amma in Amritapuri in Kerala, India.

This moment is unforgettable for me and my thoughts were immediately directed toward You and the role You will have fulfilled in providing support and comfort to the affected populations during the terrible recent flood that has hit Kerala.

Amongst these populations are certainly the women and men that benefit from the programmes and training provided by Your Amrita University and AMMACHI Labs, whose proven relevance will have been confirmed by the vastness of the needs provoked by the recent calamity. It is precisely around this innovative work by AMMACHI Labs, which integrates ICT in an adapted pedagogical approach for the development of vocational skills in particular in construction, that a fascinating action-research project emerged amongst colleagues from AMMACHI Labs and the University of Witwatersrand in South Africa.

This research aims to exchange knowledge and experiences in the area of vocational skills development for the unreached and underserved populations, and the potential that new technology can provide in both countries. The experience of AMMACHI Labs has served as starting point for this work.

NORRAG in Geneva has had the privilege of facilitating this South-South collaboration. And this was done not only done virtually but also face to face in both countries, which has given the project a human dimension, which Artificial Intelligence will never replace! The results of this action-research will soon be available through a publication.

I wish to thank and congratulate the researchers from India and South Africa here for their work. I wish to express my thanks to You Amma for Your humanitarian engagement and compassion. This is manifested not only in the field but also through the applied research and action for human and socio-economic development of Your University, which illustrates your approach toward research and universities. In this context, allow me to quote You from Your speech at the United Nations in New York in 2015 at the occasion of the launch of the UN Academic Impact Initiative:

“Today, universities and their researchers are ranked mainly based on the amount of funding they receive or the number of papers they publish and their intellectual caliber. Along with this, we should take into consideration how much we have been able to use their research to serve the lowest and most vulnerable strata of society. In our approach to sustainable development, we should not forget that it is by strengthening the people at the base of the pyramid that the entire edifice of society becomes healthy and strong.”