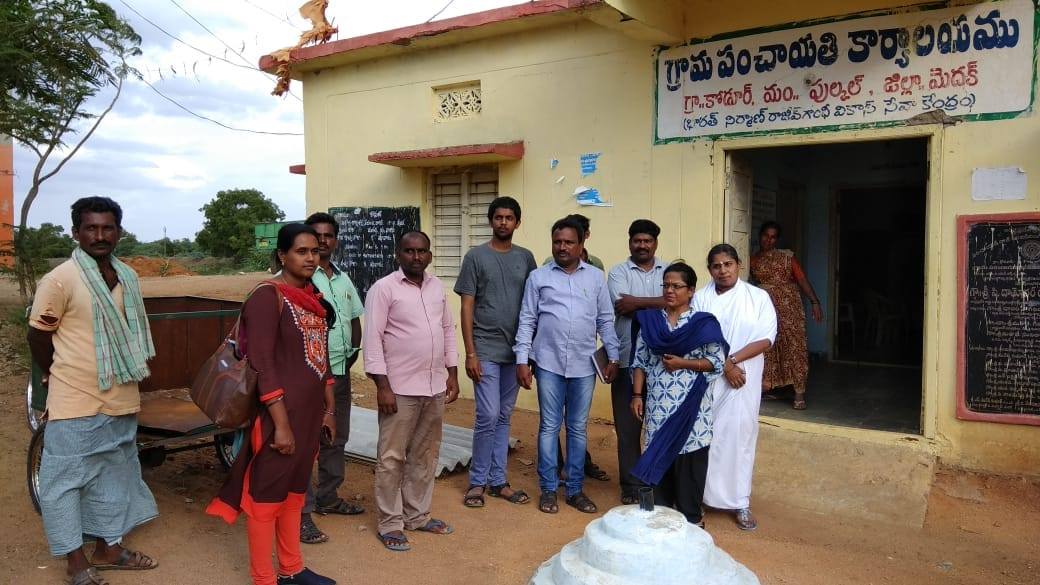 In Kodur village, yesterday was filled with multiple activities from meeting with the government officials to life skill education with village kids and youth in the community. AMMACHI Labs team had a meeting with the block development officer(BDO) to pursue on the open defecation free (#ODF)status and also on building the remaining toilets in the community by the government. After meeting with the BDO the team approached the next higher authority who is the IEC & #SBM (Information,
Education and Communication & Swachh Bharat Mission) District Consultant. A team of officials then came to the village and after a long discussion, the Officer In-charge promised to build remaining toilets within 10 days and gave a commitment to get Kodur village certified as ODF by 15th July’18 at a village Gram Sabha-gathering.

Later we had a session with the village children and did an exercise on concentration/focused attention with them and explained the value of being ‘present’ at all times. The ‘Ideal Village’ activity was then done with a group of 10 young women folks, paired in a team of two. The computational thinking program was introduced to the women in the village and a workshop is being organized for the same. This workshop is part of the 2nd Foundation, a new education initiative by AMMACH Labs for teaching 21st-century skills to school children and young adults in rural India.