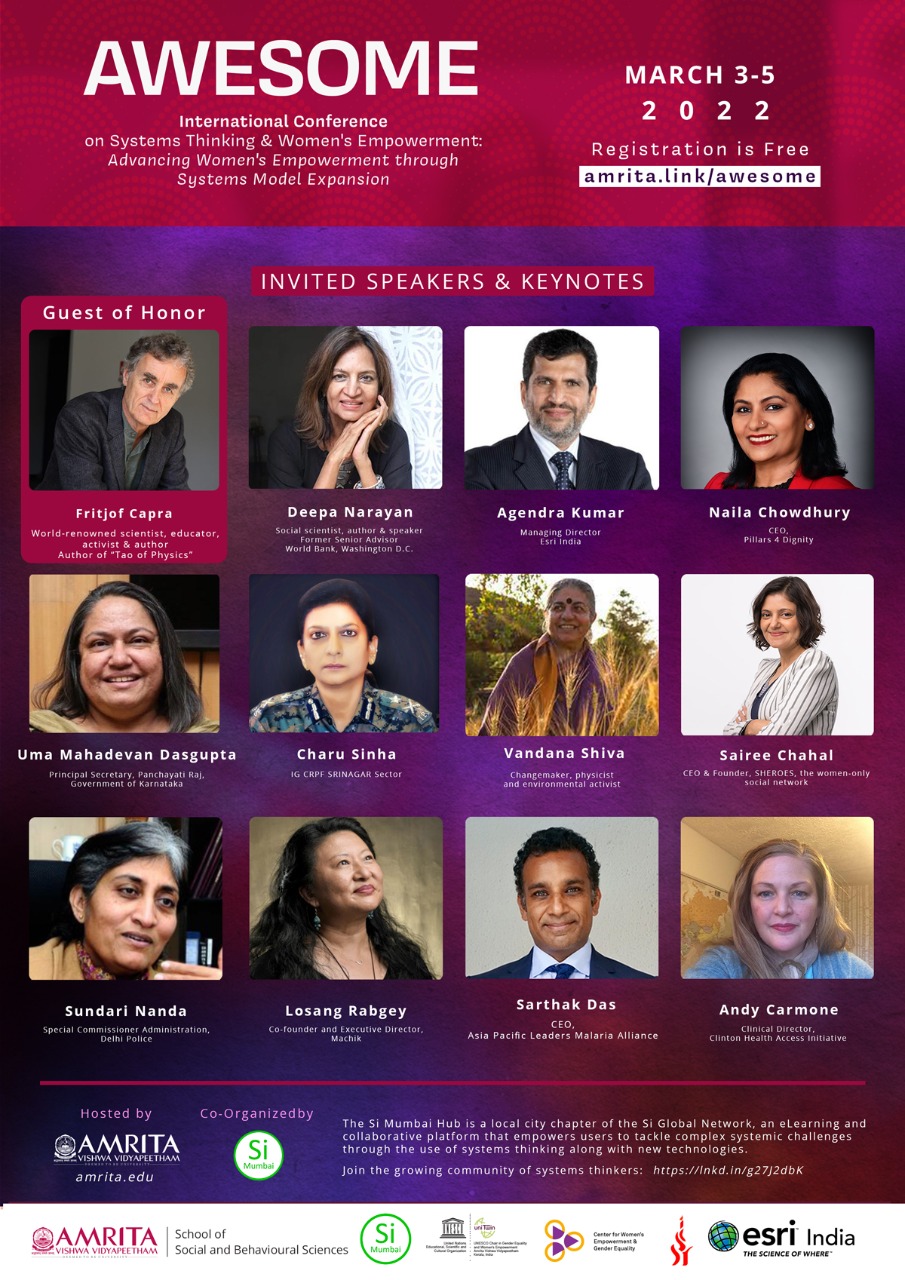 International Conference on Systems Thinking & Women’s Empowerment (AWESOME Conference) took place March 3-5, 2022. Organized by Amrita Vishwa Vidyapeetham in partnership with Systems Innovation, Mumbai Hub, and supported by the Indian Council on Social Science Research (ICSSR), the conference was attended by hundreds of people from various institutions around the globe.

Below are the papers that were presented during the conference.

You may view the conference abstracts here: CONFERENCE ABSTRACTS