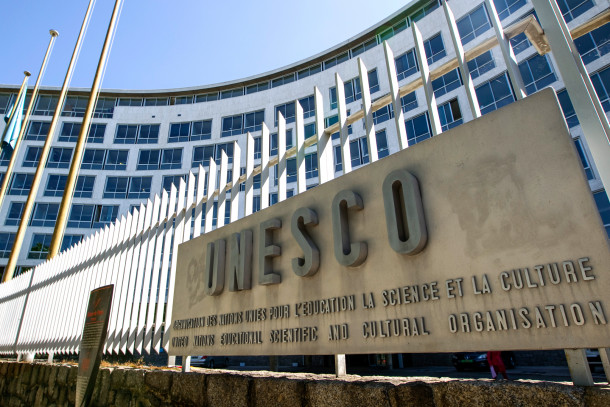 Two UNESCO Chairs from Amrita Vishwa Vidyapeetham participated in the “Transforming knowledge for just and sustainable futures” event in Paris. On behalf of the Center for Women’s Empowerment and Gender Equality, Dr. Bhavani Rao, UNESCO Chair on Gender Equality & Women’s Empowerment participated virtually, while Vidya Claire Moleon, Coordinator of International Collaborations was present at the event.

The conference kicked off with the Ministry of Higher Education and Research France welcoming more than 500 out of the 850+ Chairs from UNITWIN program from 117 countries. Dr. Maneesha V Ramesh, Provost, Amrita Vishwa Vidyapeetham and chairholder for Amrita’s UNESCO Chair on Experiential Learning for Sustainable Innovation & Development and team was also present at the event.

Vidya Claire Moleon shared Amrita’s work at a panel “Meeting of the Gender Equality Network.” She met with Dr. Danielle Cliche, Interim Director of the Gender Equality Division, Cabinet of the Director General, UNESCO and other UNESCO Chairs and Professors from around the world including Australia, Canada, South-America, Europe, Nepal and the US.

“As mentioned by the former Director General of UNESCO, Mr. Federico Mayor Zaragoza, UNESCO is a network of hope,” said Vidya Claire Moleon. “It was remarkable to participate in this event and hear so many voices from around the world. Through these sessions we could meet and learn from each other in a space of openness and dialogue. I look forward to the impactful and meaningful solutions that emerge from this event.”

During the closing ceremony, Dr. Danielle Cliche emphasized the power of intellectual leadership from UNESCO Chairs. Preserving indigenous knowledge was of topic and an artist played a traditional instrument from Zimbabwe. Overall, the conference ended on a very high note with many connections made.